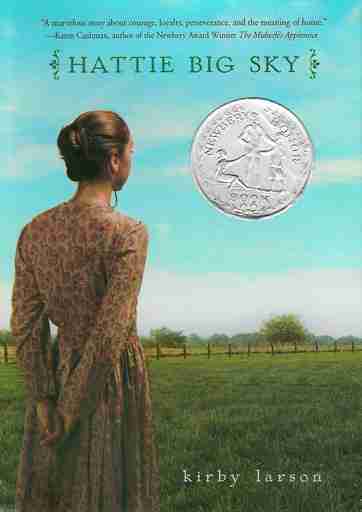 For most of her life, sixteen-year-old Hattie Brooks has been shuttled from one distant relative to another. Tired of being Hattie Here-and-There, she summons the courage to leave Iowa and move all by herself to Vida, Montana, to prove up on her late uncle’s homestead claim. “At least now my letters will be more interesting,” she writers to her good friend, Charlie, who is fighting the Kaiser in France.

Under the big sky, Hattie braves hard weather, hard times, a cantankerous cow, and her own hopeless hand at the cookstove. Her quest to make a home is championed by new neighbors Perilee Mueller, her German husband, and their children. For the first time in her life, Hattie feels part of a family, finding the strength to stand up against Traft Martin’s schemes to buy her out and against increasing pressure to be a “loyal” American at a time when anything—or anyone—German is suspect. Despite daily trials, Hattie continues to work her uncle’s claim until an unforeseen tragedy causes her to search her soul for the real meaning of home.

Lovingly stitched together from Kirby Larson’s own family history, and the sights, sounds and scents of a homesteading life, this young pioneer’s story celebrates the true spirit of independence.

Larson relates a heartwarming yet poignant story about homesteading in early-20th-century Montana. Until the age of 16, orphan Hattie Brooks lived with whichever relative needed extra household help. Then she receives a letter telling her of an inheritance from her Uncle Chester, whom she had never met. Hattie is to receive his land claim, the house and its contents, one horse, and one cow. When she arrives from Iowa, she learns that she has 10 months to cultivate 40 acres and set 480 rods of fence, or lose the claim. While the story relates the hardships of frontier life and how Hattie “proved up” to the challenge, it also tells of World War I bigotry and discrimination toward German Americans. Hattie’s sense of humor, determination, and optimism come through in her letters to her friend Charlie, who is serving in the military in France, and through letters to her Uncle Holt, which are published in his hometown newspaper. Larson’s vivid descriptions of the harshness of the work and the extreme climates, and the strength that comes from true friendship, create a masterful picture of the homesteading experience and the people who persevered. Hattie’s courage and fortitude are a tribute to them.

In this engaging historical novel set in 1918, 16-year-old orphan Hattie Brooks leaves Iowa and travels to a Montana homestead inherited from her uncle. In the beautiful but harsh setting, she has less than a year to fence and cultivate the land in order to keep it. Neighbors who welcome Hattie help heal the hurt she has suffered from years of feeling unwanted. Chapters open with short articles that Hattie writes for an Iowa newspaper or her lively letters to a friend and possible beau who is in the military in France. The authentic first-person narrative, full of hope and anxiety, effectively portrays Hattie’s struggles as a young woman with limited options, a homesteader facing terrible odds, and a loyal citizen confused about the war and the local anti-German bias that endangers her new friends. Larson, whose great-grandmother homesteaded alone in Montana, read dozens of homesteaders’ journals and based scenes in the book on real events. Writing in figurative language that draws on nature and domestic detail to infuse her story with the sounds, smells, and sights of the prairie, she creates a richly textured novel full of memorable characters.

Imagine Laura Ingalls from Little House on the Prairie being all alone, a teenager, trying to establish a homestead in Montana. Larson has a grandmother in her family who did just that, and Hattie Big Sky is based on that woman’s experiences. Hattie’s uncle died before he could finish the requirements to own the homestead outright, and he wills his claim to young Hattie, an orphan who longs for her own home. Here is her chance. Fortunately, Hattie finds neighbors who become like family. It is l917, the country is at war, and German immigrants are suspect as traitors. There are many such immigrants in Montana, and there are vigilantes trying to make anyone with a German name leave the area. Hattie’s next-door neighbors, who help her survive, include a man who is German, so the persecution comes close to her, even threatening her own home because she refuses to turn her back on her neighbors. Throughout the story, she writes letters to Charlie from her hometown in Iowa. Charlie has been sent as a young soldier to fight the war in France, so he too is being tried to his own limits of endurance. The details of Hattie’s care for her livestock, for planting, harvesting, worrying over money, dealing with intense cold in the winter and drought in the summer, are vivid, which is probably why I was reminded of the Little House books while reading this. Hattie’s strength and intelligence, her courage and loyal friendship make her a real hero. An unusual YA novel, an old-fashioned one, but moving and inspiring all the same.

What dreams would lead a 16-year-old to leave her safe home in Arlington, Iowa, and take a chance on a homestead claim in Montana? Hattie Brooks, an orphan, is tired of being shuttled between relatives, tired of being Hattie Here-and-There and the feeling of being the “one odd sock behind.” So when Uncle Chester leaves her his Montana homestead claim, she jumps at the chance for independence. It’s 1918, so this is homesteading in the days of Model Ts rather than covered wagons, a time of world war, Spanish influenza and anti-German sentiment turning nasty in small-town America. Hattie’s first-person narrative is a deft mix of her own accounts of managing her claim, letters to and from her friend Charlie, who is off at war, newspaper columns she writes and even a couple of recipes. Based on a bit of Larson’s family history, this is not so much a happily-ever-after story as a next-year-will-be-better tale, with Hattie’s new-found definition of home. This fine offering may well inspire readers to find out more about their own family histories. 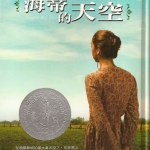 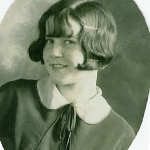 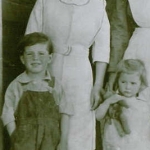 The real Hattie with her niece and nephew 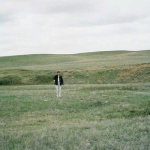 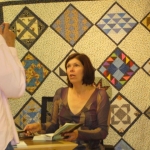 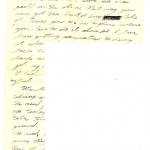 Letter Myron Hawley (Kirby’s husband’s grandfather) sent to his family in Ferndale, Washington during WWI after the censors got hold of it