My mother in law turns 91 today. Think about this: she was born in 1924 on a poultry farm in northwest Washington State, the oldest of Myron (Mike) and Dorothy Hawley’s three children. In a time when girls were encouraged to get married asap, Kelly had different ideas. She attended Pacific Lutheran University — making life long friends there — and eventually became a teacher. But first: adventure! Including a flight to Hawaii in the late 40s/early 50s. She had a darned good time with her girlfriends. Not all the trips were as dramatic as the one to Hawaii, but still! Independent young women, each and every one.

I’m personally quite grateful that she did settle down and marry Ted Larson, becoming a mom; otherwise, I’d be living somewhere with 97 cats. Without Kelly and her penchant for saving everything (including the wax paper liners in cereal boxes), I would never have had access to the most important resources used in writing Hattie Big Sky–her dad’s letters during WWI . She was the ultimate hostess, most loyal friend and best historian I ever met. 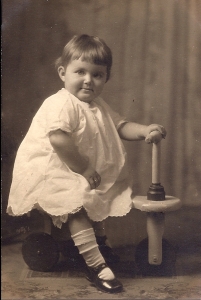 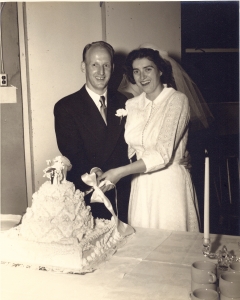