Friend Friday. . .on a Monday

There are too few Fridays in April and too many friends with new books so this feature is spilling over into today! I am so pleased to host Kathy Cannon Wiechman who is celebrating her debut novel, Like a River. I met Kathy at a fabulous Highlights Foundation Whole Novel Workshop a year ago November. She’s a hard worker who shares my passion for telling stories from the past. I loved her book and know you will, too. 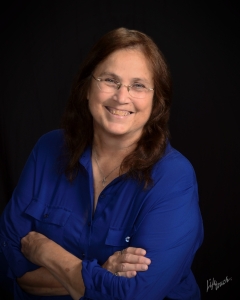 A STEAMBOAT, A JOURNEY, AND ME

I started writing when I was five, beginning with poetry under the tutelage of my mother, who was a published poet. But I wanted to write stories.

When I was twelve, I tried writing a novel. It wasn’t good, but it hooked me. I kept writing and first submitted a novel to a publisher in 1974. It was rejected immediately. A friend from the publishing world recently told me not to think of it as being rejected, but as “not being chosen.” The difference is a matter of words, but words are a writer’s medium, and I wish I had heard it put that way earlier.

The enjoyment of creating stories and putting words on the page is what kept me writing. Novels, short stories, and poems. I learned everything I could learn about the craft, and improved a great deal from that twelve-year-old novelist. I sold an occasional poem and won a few contests with short stories, but my novels continued to be not chosen.

In 2013, thirty-nine years (and hundreds of “not chosens”) after I submitted that first novel, I was offered a contract for LIKE A RIVER, a Civil War Novel. My first published novel!

I had read extensively about the Civil War and written a couple novels on the subject. I loved that time period.

LIKE A RIVER was conceived at a steamboat museum in Marietta, Ohio, where I first learned about the disaster of the steamboat Sultana. The disaster killed more people than died on the Titanic! But I had never heard of it. Most people haven’t. I had to write a book about it.

I talked to descendants of Sultana survivors, who were eager to share stories of their ancestors. I knew I had to be true to the survivors, to tell their truth, no matter how grim that truth was.

For my research, I worked backward from the Sultana. Most of the men aboard the Sultana were Civil War POW’s from Cahaba prison in Alabama or Andersonville prison in Georgia. I went to the site of the prison. From there I went to Rome, Georgia, the site of a Civil War hospital, where much of Part One of the novel takes place. I stood on riverbanks in Ohio, Tennessee, Georgia, and Mississippi, watching the water flow and change, and letting my story take shape and flow.

Research can be difficult, but I like being immersed in history with folks from the past. And I like getting inside the skin of my characters and letting them take readers on a journey.

It seemed fitting to dedicate LIKE A RIVER to my mother, who first gave me the tools and encouragement to begin my journey as a writer. 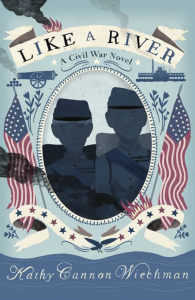 Kathy Cannon Wiechman started writing at the age of five. She is a former teacher of Beginner French, Creative Writing, and Language Arts. Now she is a full-time writer. One of seven siblings and a mother of four, she lives with husband, Jim, in Cincinnati, OH.