I met today’s guest, Michele Bacon, at the spring Inside Story at University Bookstore, Bellevue. (For you local folks, find more about Inside Story here.) There, she introduced us to her first novel, Life Before (Sky Pony Press) which is about a kid who has to run away to find himself. It sounded pretty darned exciting and I knew I had to read it. And I knew I had to invite Michele to be a Friend Friday guest.

You know the saying, Man plans, God laughs? Well, God laughed at the plans Michele and I made. An essay just ain’t in the cards. I know it would’ve been thoughtful and warm and insightful, just like Michele. So we are going with Plan B!

About the book: Xander Fife (and his mom) have had a hellish life with his abusive dad, who is supposedly out of the picture. Dad shows up, however, right before Xander’s high school graduation and what happens after that sets the story in motion and Xander on the run. 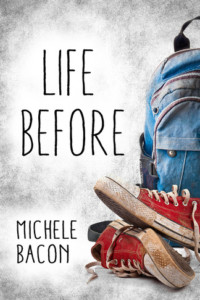 School Library Journal calls Life Before “A riveting story told in a voice that will resonate with teens.” 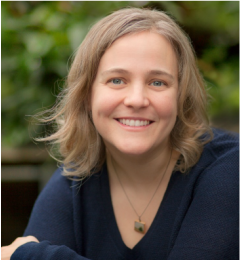 I was born in Trumbull County, the only square county in Ohio, where books were my favorite means of escaping an unhappy childhood. Writing was my transparent attempt to create the things I craved: big happy families, international adventures and unconditional friendship. From a young age, I was drawn to people’s stories, and I still want to know how you met your best friend or fell in love with your partner.

In high school, I embraced my inner geek and wrote my first novel. In college, there were short stories and still more novels. I graduated from The Ohio State University with a B.A. in English, with concentrations in critical theory and creative writing.

Full-time work sapped my creative brain for several years, but my professional life was one of reinvention. In state government, business management consulting, and nonprofit fundraising, I adapted easily and absorbed the languages of different professions. My last paying job was as an independent fundraising consultant for nonprofit organizations. That was seven years ago.

Since then, I have been writing and traveling (and, let’s be honest, chasing down small people who don’t like to wear clothes). I’ve traveled to all 50 states and dozens of other countries, always collecting pieces of characters and ideas for stories. I recently spent a year on sabbatical in Christchurch, New Zealand, where I may have left my heart at Ilam School. Now that we’ve settled back in the States, I’m writing for adults and young adults, exploring the Pacific Northwest, and baking like a fiend. (You’d thinking baking would be the same everywhere, but it’s not. Something is different about kiwi butter.)

When an idea strikes, I scrawl sweeping plot outlines, character idiosyncrasies, and ideas for scenes on the nearest blank spot of paper. My current manuscript was born of those torn slips of paper, used envelopes, lollipop wrappers, fuel receipts and–once–that little paper bit that keeps a nursing pad sticky until it’s time to use it. My manuscripts are better than the quality of papers where they began. Promise.

I live in Seattle with my husband and three growing children.