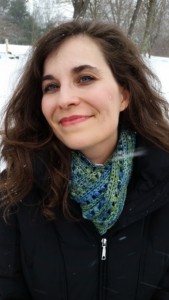 I discovered romance in a nursing home. The Warner Home, the facility was called. I was fifteen years old, and every Saturday and Sunday, from 7:30 to 3:00, I worked there.

At breakfast and lunch, I waited tables, serving the wealthy residents (all women) on their left-hand sides and clearing the dishes from their right. In between mealtimes, I loaded the dishwasher, polished the silver, prepped vegetables, and “test-tasted” Martha’s roasts, bisques, and fricassees.

And whenever I stole a break, I read.

The residents supplied the novels. A few knew of my proclivity and slipped me their old books on the sly. Others stowed their reading material in the living room. I helped myself. The collection on the shelves was huge, ever-changing, and almost entirely smutty: Harlequins, Silhouettes, and the longer (and more eye-opening) romances by Johanna Lindsey, Jude Deveraux, Judith McNaught, and Julie Garwood.

But my favorite historical romance novel scenario? A girl masquerading as a boy. I loved it.

There was a lot to love: the main character’s pluck, her headstrong determination, and her willingness to flirt with scandal and risk her reputation to accomplish some feat that society previously prevented her, as her female self, from pursuing. She doesn’t simply challenge stereotypical femininity; she disavows it, says, “Stuff it. If I can’t do it as a girl in a dress, I’ll damn well do it as a boy in some britches.” Jane (deliberately, pointedly, provocatively, radically) becomes James. Like…wow!

Apparently, for years and years, others have loved this trope, too. It certainly isn’t peculiar to paperback romances. Shakespeare, Cervantes, Aphra Behn, Tolkien, and Sarah Waters all created works of literature that play with the scenario.

I had the opportunity to have fun with it, myself, when I wrote The Beloved Wild, my YA historical debut. Harriet Submit Winter, my main character, disguises herself as a foundling named Freddy and exercises the freedoms the masquerade makes possible, when she and her stepbrother embark on a pioneering adventure to the Genesee Valley wilderness.

Utilizing the trope through writing, rather than simply enjoying it from the pleasurably passive position of reader, got me thinking about why the boy-disguise intrigues me so and also how I could incorporate it in an unusual way, in a manner that would intrigue my reader, result in a satisfying plot—and hopefully not disappoint.

To be honest, every so often, a novel that relies on the trope does let me down, though not right away, necessarily. Such bummers frequently share a plot trajectory. Here it is in a nutshell: A young woman faces an unwelcome arranged marriage, usually an alliance heavily favored by an iron-fisted father. In the dead of night, she crops her hair, binds her breasts, dons the footman’s livery, and flees her oppressive situation. Hardly has this escape begun before she falls in love with a man who may or may not see through her disguise. Her subsequent escapades mostly arise from her titillating interactions with him. The imbroglio unravels when her true gender is revealed—either to him (if his obliviousness proves persistent throughout the masquerade) or a swatch of society. Awkwardness ensues. But then the love interest marries her. She squeezes back into the corset, pinching shoes, and super-uncomfortable dress. The end.

The powerful father dominates the start of our heroine’s adventure. The powerful earl/duke/viscount/cowboy/pirate king looms large along the way. And by the end, this powerful patriarchal figure awaits our rebel at the finish line, neatly swoops her off her feet—as if she were a misbehaving child whom everyone has indulged for quite long enough, little missy, thank you very much—and then dumps her by the cast-off ballgown on the floor of the domestic sphere.

Huh. So much for upending the status quo.

Of course, there are several great historical novels that don’t culminate so problematically—ones that recognize how much (for women) the social order sucks and demonstrate that a threat (as symbolized by our cross-dressing girl) to the just-the-way-things-are is a good threat, an important disruption, and therefore worth finding a way to sustain.

A satisfying cross-dressing premise also depends on the very thing that makes any excellent book compelling: CHANGE. The main character must develop and grow and not just wind up in an arrangement that seems a heck of a lot like her oppressive plight at the beginning.

True, in the case of the boy-disguise scenario, the change is initially shallow, a mere matter of stitched material. But in the very best novels that tackle the trope, what makes the cross-dressing fascinating is how that outward switch, that surface disguise, that masquerade of masculinity triggers an inner transformation.

Escape, exploration, disguise, revelation: these (sometimes conflicting) crossdressing character-related elements definitely pose challenges to an author. I had to think really hard about them while writing The Beloved Wild.

I didn’t want my intrepid Harriet Winter to simply be a victim on the run, a girl escaping the injustice of an undesirable arranged marriage. Nor did I want her masquerade to merely serve as a safety measure, a protection to ward off capture or unsavory male attention.

The disguise had to be the means through which she could demonstrate true daring. Why not make Harry a great explorer? Not just a wild-west settler, but a feminist pioneer for the cause of women’s rights? Her disguise could do more than just get her out of a tenuous situation; it could help her fight for and exact justice for others.

Instead of hiding who Harriet really is, the boy’s apparel paradoxically could uncover her true self. The clothing she dons could reveal her, help her reach her full potential. Becoming Freddy could grant my Harriet independence and visibility, the chance to reject the housebound women’s chores, participate in the more varied labors and pleasures of the masculine realm, and move…out of the kitchen, unrestrained by hampering dresses and unimpeded by the social and legal barriers that check, silence, and subjugate women.

In short, I wanted to put the boy clothes to good use. Smart use.

I hope I at least partially succeeded.

One thing, however, I can say with absolute certainty: I very much like my main character, Harriet Submit Winter. Throughout the novel, she doesn’t stop being herself, as much as she becomes more fully who she wants to be. Certainly, at first, the masculine garments represent a means to an end, by allowing her to experience the pioneer adventure with the degree of freedom her stepbrother’s gender automatically affords him.

Ultimately, however, the boy outfit turns into the ends, at least partially. It loses its “costume,” borrowed quality. It becomes undeniably Harry’s. The outward expression of who she actually is. 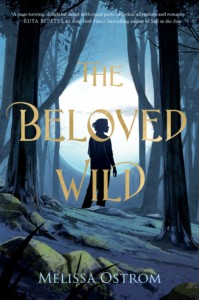 Melissa Ostrom teaches English at Genesee Community College and lives with her husband and children in Holley, New York. Her fiction has appeared in The Florida Review, Quarter After Eight, The Baltimore Review, and Passages North, among other journals. The Beloved Wild (Feiwel & Friends, March 2018) is her YA debut. Macmillan will also be publishing her second novel, tentatively entitled The Unleaving, in March of 2019.