I am delighted to host Melissa Stewart today in celebration of her newest book, Can an Aardvark Bark?, illustrated by Steve Jenkins (Beach Lane Books ). She is the author of over 160 science books and has been honored countless times for her ability to share science topics in kid friendly ways. Learn more from Melissa herself! 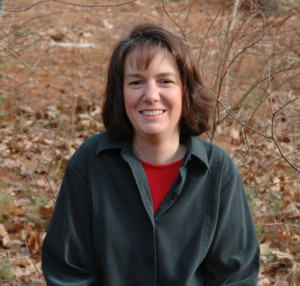 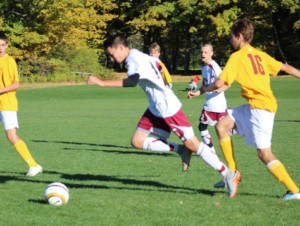 See that boy sprinting toward the soccer ball? That’s my nephew, Colin. If it weren’t for him, Can an Aardvark Bark? wouldn’t exist.

Today, Colin is 16, but back in 2010, when he was 9, my whole family went on a trip to Disney World. One afternoon we took a break from the rides and visited some of the animals in the park, including two adorable cotton-top tamarin monkeys. The informational plaque on their cage said that they bark.

Colin and his sisters, Claire and Caroline, were real skeptics. But then the monkeys started vocalizing. Let’s just say hearing was believing. 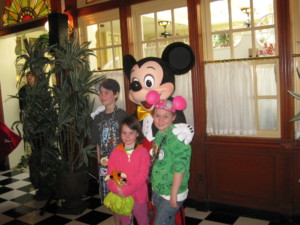 Later, Colin asked a great question: “Do you think there are a lot of different animals that bark?”

None of us knew, so the kids and I did some googling and started making a list. We were blown away by. Not only do lots of different animals bark, they do so for many different reasons. 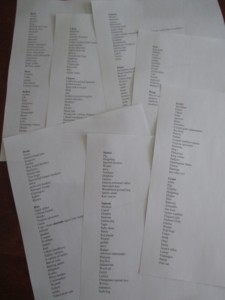 I kept that list, and when I got home, I started researching other animal sounds. Eventually, I had a list of more than 300 animals that bark, bellow, chirp, chatter, grunt, growl, and more. That’s when I knew I had the makings of a book.

But it took me a long time to figure out how to write that book. Over the years, I wrote draft after draft, experimenting with four different text structures. But nothing seemed to work.

In February 2014, I attended the Society of Children’s Book Writers and Illustrators’ (SCBWI) Annual Winter Conference in New York City. In one session, an editor joked, “Just put the word shark in the title, and the book will sell like crazy.”

As everyone laughed, the words “Can a shark bark?” popped into my head. I loved this title for so many reasons.

And most importantly, it honored the spirit of inquiry that inspired the book.

Suddenly, I had a crystal clear vision of what the book would be. The structure, the pacing—it popped into my mind fully fledged.  I thought my problems were solved.

But then I hit a snag.

It turns out that the question “Can a shark bark?” doesn’t have a clear-cut answer.  One species of shark—the swell shark—makes a noise that some people call “barking.” But is that sound a vocalization? In other words, are the sharks trying to communicate? Scientists just don’t know.

Sadly, that meant I couldn’t include sharks in my book, and the title I’d set my heart on was a no go.

In June 2014, I was on the faculty of the SCBWI Florida Regional Conference in Disney World. That’s right. I was the back where the book had begun. When people say it’s a magical place, they aren’t kidding. 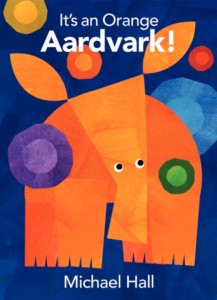 When an editor praised It’s an Orange Aardvark! by Michael Hall, the words “Can an aardvark bark?” sprang into my mind.

It had a really nice ring to it, but I tempered my excitement. I’d learned my lesson.

Luckily, this time, there were no ambiguities. The title worked, and so did the structure and pacing I’d envisioned back in February. Within a few weeks, the perfect text sequence emerged, and, to my delight, an ending came along with it.

My critique group liked the manuscript, but, as always, they had some great suggestions. So I went home, revised some more, and then sent out the manuscript.

You’ve probably already figured out what happened next. Andrea Welch, Senior Editor at Beach Lane Books, liked the manuscript. She acquired it, and now, two and a half years later, Can an Aardvark Bark? is a book. 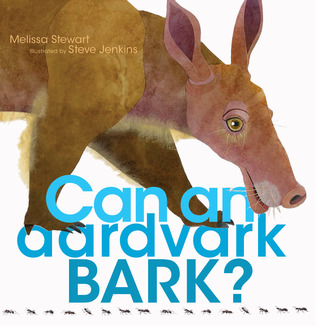 What I love most about this book is that the lively question-and-answer text structure pays tribute to my nephew’s initial curiosity and it engages readers as they explore the central concept—that many animals make similar sounds, but for different reasons.

Melissa Stewart is the award-winning author of more than 180 nonfiction books for children, including Can an Aardvark Bark?; No Monkeys, No Chocolate; and Feathers: Not Just for Flying. She maintains the blog Celebrate Science (http://celebratescience.blogspot.com) and serves on the board of advisors for the Society of Children’s Writers and Illustrators. www.melissa-stewart.com