Though I love to read nonfiction, I am almost more fascinated by why its writers choose the topics that they choose. That is why I am especially grateful that Loree Griffin Burns has stopped by today to share just such insights about her newest book, Life on Surtsey, Iceland’s Upstart Island (Houghton Mifflin Harcourt). Though she had to bundle up in wool and Goretex to bring us this book, you can read about her adventures from the cozy comfort of your own home. 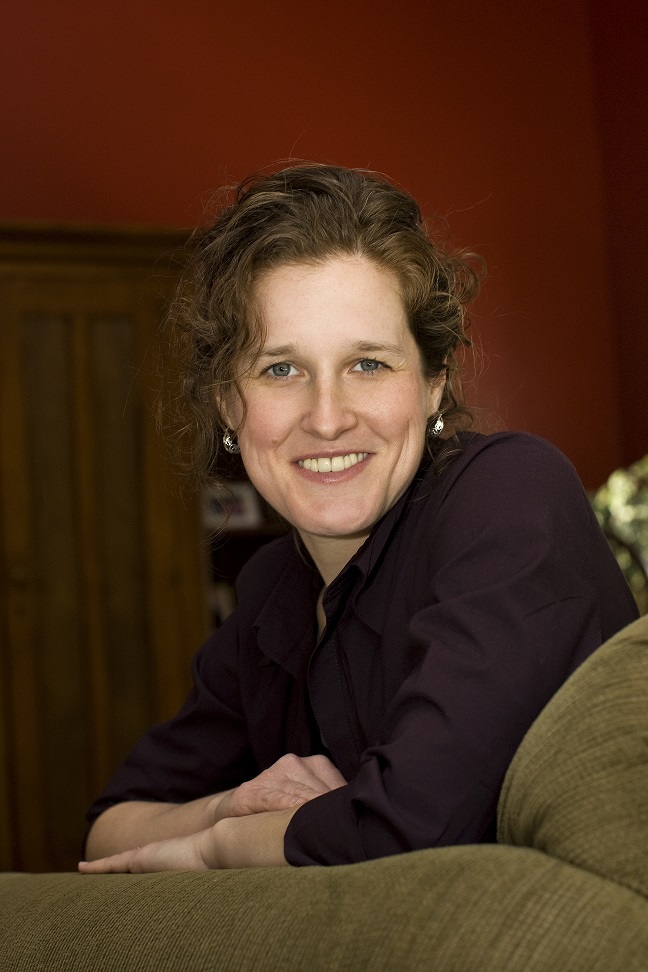 Thanks for inviting me, Kirby!

I’m here to talk about my newest book, Life on Surtsey, Iceland’s Upstart Island (Houghton Mifflin Harcourt). I’ve already written about where I got the idea for this book. (Check that out here.)* And I’ve already admitted that after I got the invitation to live and work with Icelandic scientists on this beautiful, uninhabited, 50-years-young volcanic island, I panicked. As in, I almost didn’t go. (You can read about that here.)  So today I thought I’d talk about a little bit about my writing process as it relates to this book.

Life on Surtsey is my sixth book. Which might suggest I know what I’m doing. Don’t be fooled! There is a period of time during the creation of every book when I’m not at all sure what I’m doing. This ‘not knowing’ is really hard for me; it stresses me out. But I’ve learned to lean into that feeling, to vigorously and thoroughly do my research, and to trust that as I do, eventually, it’ll all start to make sense.

In July of 2015, as I collected the gear I’d need while researching on-island, I had a couple things going for me. First, I had an explosive hook. On November 14, 1963, a volcano off the coast of Iceland erupted ferociously and with no warning. In a single day, the volume of ash and cinder the volcano produced had piled high enough to breach the surface of the North Atlantic, and an island was born.

I also had a solid premise for how to share Surtsey’s story. My book was being published as part of Houghton Mifflin Harcourt’s ‘Scientists in the Field’ series. These books are designed to share the lives of working scientists as they do research that helps us better understand our world.  As soon as the volcanoes that formed Surtsey fell silent, Icelandic scientists began to monitor the island’s geology, chemistry, and biology. How long would the island last? Would it cool enough to host plant or animal life? If so, when? If life did come to Surtsey, would it change the island? How? These were fascinating questions that humans had never before had the opportunity to study so diligently.

But neither a hook nor a premise is a story. And a good book needs a story.

What I didn’t know as I folded rain pants and tucked thick-soled hiking shoes into my suitcase was which scientist on the Surtsey expedition I should profile, and what research project would best tell the island’s story. For weeks before I left, and for every waking moment of the journey over, I turned these questions in my mind. I worried that I couldn’t possibly find answers in the five short days I’d be on-island.

But things began to look up the moment my plane landed.  Entomologist Erling Ólafsson picked me up at the airport, and as he drove me to my hotel, handed me the first tickle of a storyline: Erling told me he’d wanted to be a zoologist since he was four years old. I tucked this little nugget of information away.

The next day, waiting for our helicopter flight to the island, Erling told me about standing at his bathroom window, aged fourteen, watching the eruption that formed Surtsey. I tucked this away, too.

On Surtsey, amidst conversations with men and women doing all kinds of fascinating work, I asked Erling if he remembered his first trip to Surtsey. That’s when he told me that he’d arrived as a twenty-year-old, having applied for and gotten the job of living on-island for three months, recording all the living organisms he could find. Forty-five years later, he was still coming to Surtsey, and still recording its insects!  When I asked him if he remembered his first impression of the place, back when he was just a twenty-year-old kid, he replied, simply, “Home.”

The nuggets were piling up, and I could feel a story coming to life. At the end of my five days and four nights, I was pretty sure I’d found what I’d been missing. I was still going to introduce Surtsey in an explosive barrage of lava bombs, and I was still going to highlight the science being done there. But I was going to share those things through the life story of a man who’d given his entire working career to the place. Back home, it all came together into a book I’m really proud of.

Finding the heart of a writing project will always be a scary part of the process for me, simply because it involves not knowing … and I really don’t like not knowing! But I’ve come to understand the importance of leaning into what I haven’t figured out yet, embracing it through deep and thorough research. This work always leads me to a good story. 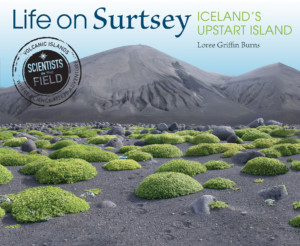 Loree writes books that celebrate our natural world and the people who study it. While researching her award-winning science books for children, she has beachcombed on both coasts, cruised the Pacific in search of plastic, surveyed birds in Central Park, stung herself with a honey bee, visited the wintering grounds of the monarch butterfly (on horseback!) and, most recently, lived for a week on an uninhabited volcanic island in Iceland.  You can learn more about Loree on her website, Facebook and Twitter.