Today’s friend is *ahem* me. Since I had a new book launch on January 31, I thought it would be okay if I used this slot to tell you a bit about it. 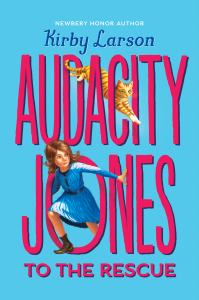 This book introduces us to the well-read and plucky orphans, Audacity Jones. Living at Miss Maisie’s School for Wayward Girls, Audie longs for nothing more than to have an adventure. Of course, her wish comes true! The cast of characters includes a spurious Commodore, a newsboy, a pair of circus performers and an extremely clever cat. Thanks to Audie and her friends, a dastardly plot to kidnap President Taft’s niece is foiled.

Her first adventure merely whets her whistle for more. As I pondered what next for my young heroine, it seemed to me that she deserved to meet the most popular man of the early 1900s. 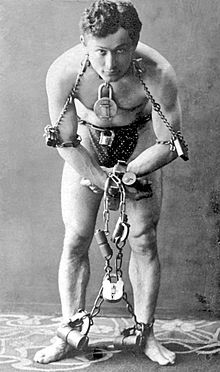 My bad: I pitched that idea before doing my research. It turns out that Mr. Houdini was out of the country (in Australia, attempting to break flying records) during the time period of Audie’s story. And there was no reasonable way to get Audie to Australia (believe me, I tried!). After much teeth gnashing and hand wringing, I was about to toss in the towel. Then my wise editor suggested not worrying so much about being historically accurate, and just have fun with the story. 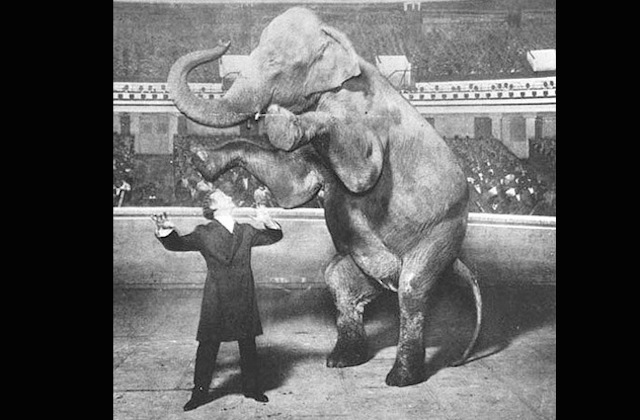 It turned out that Harry Houdini planned an illusion to beat all illusions: making an elephant disappear. In order to accomplish this feat, Houdini turned to fellow magician, Charles Morritt; in Audacity Jones Steals the Show, Mr. Houdini’s co-designer is a scientifically-inclined young woman named Theo Quinn.

I thoroughly enjoyed my Vaudeville research in prepping for this book. Oh, to have seen the Hippodrome in its heyday! Seats for 5000, and it’s gleaming walls were decorated with ornate elephant lamps. 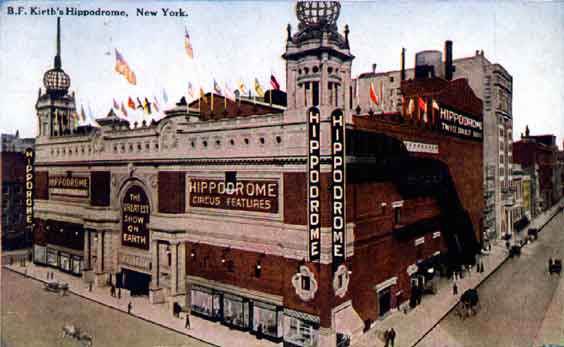 What I didn’t enjoy was learning about the cruel training techniques used on performing animals. Thus when first Miniver (Audie’s clever cat) meets the baby elephant named Punk, the cat is overcome by the creature’s scent: heavy with longing and sorrow. Min determines to rescue Punk from a life in the theater and, of course, Audie gets in on the act. 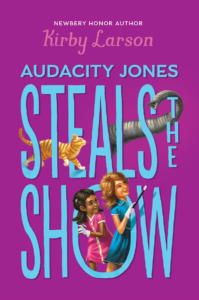 I so wish there had been elephant sanctuaries in the 1900s; but thankfully such things exist today. And Audie’s actions have inspired me to donate a portion of my author’s royalties to the Elephant Sanctuary in Hohenwald, Tennessee.

Kirby Larson went from history-phobe to history fanatic while writing the 2007 Newbery Honor Book, Hattie Big Sky, and its sequel, Hattie Ever After. Her passion for historical fiction continues with the WWII Dogs series, Liberty, Duke and Dash (winner of the 2015 Scott O’Dell Historical Fiction Prize), and the Audacity Jones books, Audacity Jones to the Rescue and Audacity Jones Steals the Show.

Kirby lives in Kenmore, Washington with her husband, Neil, and Winston the Wonder Dog. Follow her on Twitter: @kirbylarson; like her Author Facebook page, or check back here at her blog. Next week, her Friend Friday guest is long time friend and fabulous writer, Dave Patneaude.