Kelly Jones is one versatile writer. I first met her through her charming debut novel Unusual Chickens for the Exceptional Poultry Farmer. Now she takes us back in time with her new novel, Murder, Magic and What We Wore (Knopf Books for Young Readers), which School Library Journal (in a starred review!) called “a cross between Jane Austen and Harriet the spy.” It figures that a former librarian and bookseller would know what people really want to read. 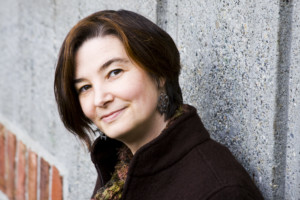 I suppose, at its core, Murder, Magic, and What We Wore is a story about what it means to be a girl who wants to work. Which is a bit odd, since I’ve never been a lady of leisure, and never had any desire to be one. I’ve loved Regency romances since I out-read the children’s section of my small town public library, back in the dark days before teen sections. But I know my ancestors would have been the Irish maid, not the young lady of quality.

Still, as someone who values my work, someone who likes to get things done that I’m uniquely suited to do, who takes pride in my accomplishments, I can’t help wonder: under what circumstances would that lady envy that maid? I’ve read Wollstonecraft, and Austen, and Nightingale, and Woolf. I’ve seen how limited that upper class female English life could be, how powerless, how fragile. I’ve seen how a few ladies got things done anyway – things that live on to this day. How did it feel, to be a lady with a talent and no way to use it? What did it take, to be a lady who got things done? What did a lady decide was worth doing? (Because she didn’t become a maid.)

It’s impossible to stop there. See, the grass is only greener when you have no idea how hard life in that pasture is. What makes that maid envy that lady? What would she give up, to live a shadow of a lady’s life? Did she take pride in her accomplishments? Or did she have no more choice than that lady, and far more risk? What is she uniquely suited for, and under what circumstances would she ever have a chance to find out? What does it mean, to be someone with plenty of opportunity to get things done, but no choice in the matter of what? (And who would give up everything to live as that maid does? There are worse things than hard, unappreciated paid work.)

How does romance factor into it all? I get annoyed when that young lady drops everything to chase after some man. Doesn’t she have anything else she’s supposed to be doing, even 200 years ago? Yet, if marriage is how she plans to earn her living, or support her family, isn’t that her greatest responsibility? Her work? If you want to eat, you have to get your job done, whether you like it or not. Whether you’d rather be doing something else, or not. I might not ask such questions if she dropped everything to become a doctor, or to write a novel. What does that say about me?

When I was a teenager, I thought about romance all the time, and I fell in love often. But I also thought constantly about what kind of life I wanted to live, what work I wanted to do – and about the work I was already doing. Every time I answered another “What do you want to do when you grow up?” I tried to decide who I wanted to become. I knew that the choices I made mattered: this was my chance to invent myself. (I didn’t know I’d reinvent myself several times after that.) I still adore stories about girls exploring love. But the stories that make me think most right now are about girls exploring work. 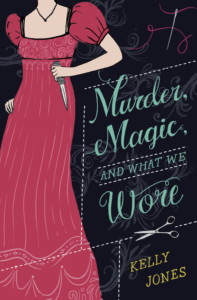 Kelly Jones has worked as a librarian and a bookseller, and now tells
stories as well as sharing them. Her first book, Unusual Chickens for
the Exceptional Poultry Farmer, was an Indies Introduce Pick, an ALA
Notable Book, an SLJ Best Book, a Kirkus Reviews Best Book. You can
find her at her website: curiosityjones.net, or on Twitter and
Instagram: @curiosityjones.