Holly Niner and I met at the Kentucky Book Festival eons ago. We immediately bonded (I even conned her into staying over an extra night) and have rooted for each other from afar ever since. I’m so pleased to host her today in celebration of her latest books, The Day I Ran Away, and No More Noisy Nights (both from one of my favorite small presses, Flashlight Press). 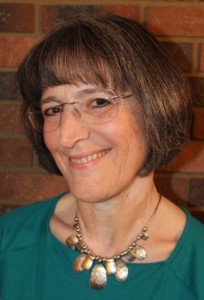 Those of you who read this blog already know that Kirby is pretty special. While we only met once, in 2007, she has remained an email friend, always willing to lend her support by listening, commiserating or pointing me in the right direction.  That pointing is what brings me here today to celebrate the release of The Day I Ran Away and No More Noisy Nights from Flashlight Press. 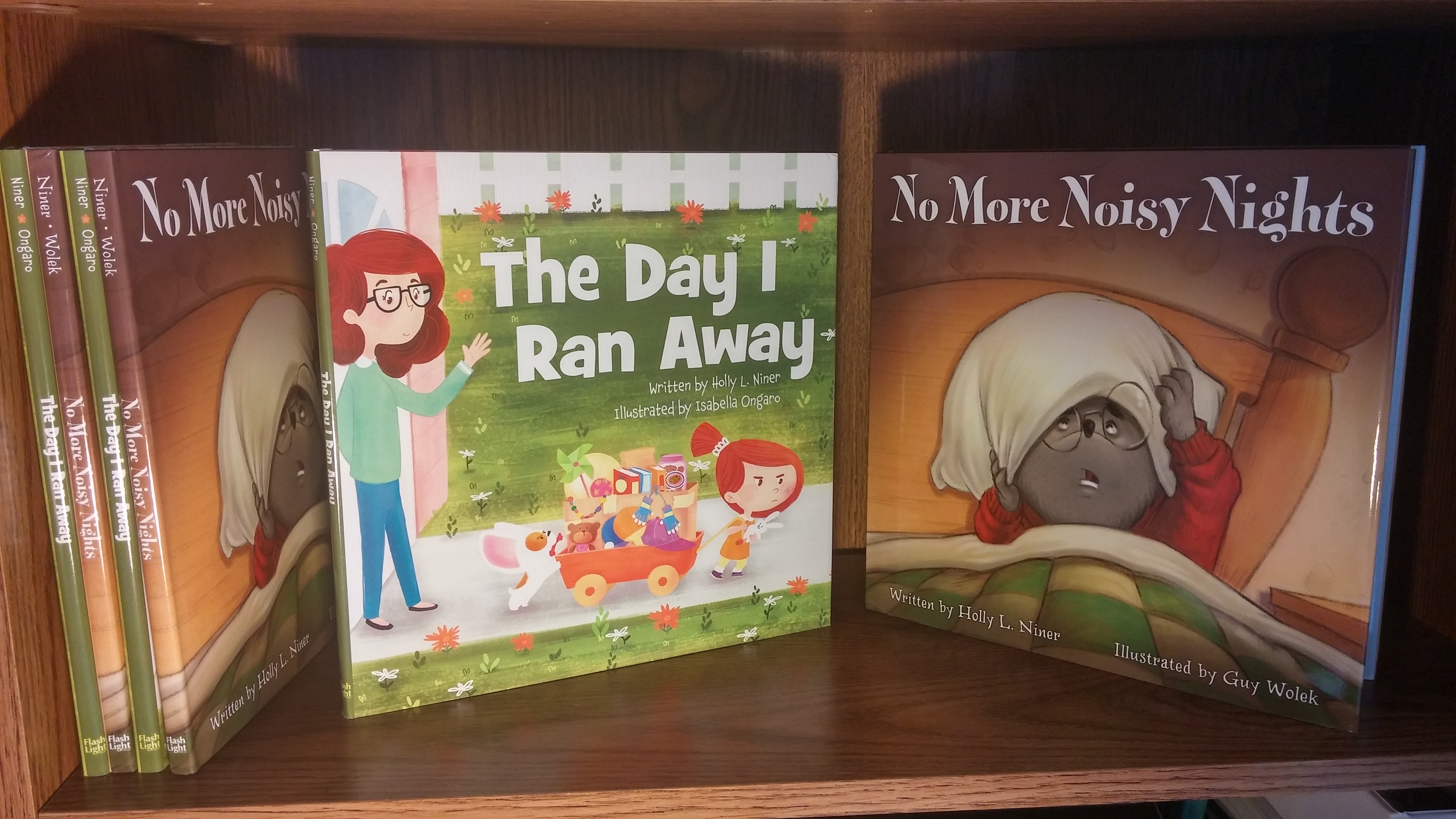 The Day I Ran Away, started from an America’s Funniest Home Video clip where a little boy, backpack on, was standing in his yard asking, how can I run away, when I’m not allowed to cross the street. That struck a note.  Wouldn’t we all, young and old, like to run away sometimes? Like all ideas it tumbled around in my mind until it had only a hint of the AFV clip.  It became a story, all in dialogue, where my heroine recounts the day’s adventures while Dad tucks her in for the night.  After critique group edits and readers (especially dad’s) approval, it began the lonely unsuccessful trips back and forth to editors.

At the same time No More Noisy Nights was also making the rounds.  It’s a story that began from a 1st-3rd grade writing prompt book.  The prompt was to write a letter to the monster under your bed.  Jackson, a genteel mole, appeared and he moved into a house that already had a ghost in the attic, a boogey monster in the basement and a pixie in the piano.  Their nighttime activities kept Jackson awake, but he found a way to help them occupy their nighttime hours and in the process made some new friends.

Unfortunately, even with two picture books published by a well-known publisher, these manuscripts weren’t finding a home.

Discouraged, I asked Kirby for advice. She suggested I contact Shari Dash Greenspan at Flashlight Press.  And so in September of 2008 the dialogue with Shari began.  A different manuscript was sent and rejected.  Sigh.  But then in October of 2009 she requested a story mentioned in 2008. The story was tweaked and discussed in emails and finally was under contract in May 2012!!  That story, No More Noisy Nights, was released in September.  During the back and forth The Day I Ran Away was mentioned and then asked to be seen June of 2012, finally under contract March of 2014 and—Ta Da! Released this April!

When I tell people that it took 8-9 years before publication they are amazed and start to ask questions that I’m sure you’ve all heard, too!  Sometimes only a fellow writer understands the “whys”.

They wonder why it took so long, but their eyes glaze  if I begin to talk about the “business” of publishing.

They wonder why I don’t just publish on Amazon, but they don’t want to think about the downsides of Amazon.

They wonder why I didn’t go to another publisher, and I tell them it takes the right editor to make that collaboration happen. I valued Shari’s vision, willingness to listen and attention to detail.  I knew these books would be worth the wait!

They wonder why I write picture books.  Because I love them!  They help a child see things beyond themselves, safely explore feelings.  And they help adults remember when they too saw magic and possibility in everything!

In my stories Grace comes home because Charlie Dog and Hilda Bunny are hungry and Mom’s making spaghetti and meatballs, but we know she came home because home is where you are loved, understood, and accepted (in spite of your tantrums!). And Jackson’s new home will be all the richer because of the new friends he makes.  As writers we seek a “home” with our fellow writers where we can make new friends and know people understand us. Thank you, Kirby for this “home” you’ve created. (note from a blushing Kirby: aren’t we lucky to be part of such a giving, vibrant community? I love kidlit creators!)

Holly Niner is the author of No More Noisy Nights illustrated by Guy Wolek, and The Day I Ran Away illustrated by Isabella Ongaro. She has had numerous stories published in children’s magazines, and her previous picture books were award winners. Mr. Worry: A Story about OCD, received the 2005 IBBY Outstanding Books for Young People with Disabilities Award, and I Can’t Stop: A Story about Tourette Syndrome, was the winner of the 2006 Oppenheim Toy Portfolio Award and a 2005 Bank Street College of Education Best Book. Holly lives in Fort Wayne, Indiana with her husband, one crazy cat and a house full of books. Find her at www.hollyniner.com