What an honor to host H.M. Bouwman today! Her book, A Crack in the Sea, (G.P. Putnam and Sons Books for Young Readers) just came out on Tuesday, and it is such a terrific and thought-provoking read. But I’m going to step aside and let her talk about it! 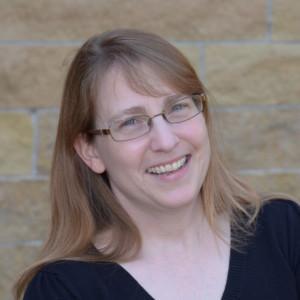 The value of slash-and-burn revision

I want to talk today about the value of deleting—not tweaking, but slashing and burning. And I speak as someone for whom outright cutting does not come naturally.

I have long been a scene-hoarder…and a paragraph- and sentence-hoarder. If my computer files were my house, a reality TV show would have shown up long ago with a relentless professional organizer to convince me to throw those items out that weren’t bringing my manuscript joy. And I would be the sorry person clutching piles of old words I had to keep “just in case.”

Even though I know that sometimes things in a manuscript just need to go, it’s hard to toss them. I curate graveyards for every book—files where discarded scenes (and sentences) are kept in hopes that they might be revived, zombie-like, for a story or chapter sometime in the future.

What’s made it easier to let go lately is that I can look back at my new book, A CRACK IN THE SEA, and see what went wrong with the opening chapter—and how important it was not to salvage or revise the bad drafts but to burn to the ground and begin anew.

The first opening that I wrote, in 2011, was about a girl whose little brother is singled out of a crowd by a malevolent ruler who is going to cart him off for a purpose from which he might not return. The girl volunteers to go in his place.

So…does that hook, by any chance, sound just a tiny bit familiar? Believe it or not, I hadn’t yet read The Hunger Games when I drafted it, and when I read Suzanne Collins’ gripping blockbuster about a month after drafting my own opening, it was with a sense of doom. I knew immediately my book could not start with this too-similar scenario. I axed it.

The second version of the opening chapter felt like it worked…but then the book changed. This chapter needed to go, too.

The third version was about sea monsters. I loved (and still love) this opening, and when I shared it with friends, I received a lot of positive feedback…which is why when my editor didn’t like it, I was dismayed. At first, anyway. (You can read this old opening, in its entirety, here.)

The problem with this third version? The kids—the main characters of the novel—weren’t in the opening. At all. The entire chapter focused on kraken—as my editor put it, middle-aged sea monsters having a domestic dispute. As lyrical as the scene might be (and I’d argue that I made middle-aged sea monsters having a domestic dispute about as lyrical as one could), it wasn’t something that was going to appeal to kid readers. And it didn’t introduce the key characters in the story.

The fourth version was the one that stuck. It was actually very similar in tone and scope to the second version, but the events fit the new manuscript better. It was about a girl who sets out to find her brother, who’s already been taken away by the government for an unknown reason. There’s no feel of Hunger Games in this version—the government isn’t completely evil, for starters, and the brother is already gone. And the setting—at home with their adopted grandfather—allows for some early introduction of crucial backstory and setting.*

I attended a workshop a couple of years ago where agent and book guru Donald Maas said that an author might need to write a scene three or more times just to get past the cliché and the crap. (He said it nicer than that, but that was his point.) He asked us to choose a particular scene in our manuscripts and to write about what the protagonist was feeling in that scene. Then, after a few moments, he asked us to write what else the protagonist was feeling. A few minutes later, he asked us what else the protagonist was feeling. What happened was illuminating: the third thing I wrote was something new, something I hadn’t already included in the manuscript, something not obvious already to the reader—and yet it was exactly right. The first two feelings were clichés and didn’t need to be included.

Sometimes a manuscript does indeed evolve to become more and more itself as time goes on, continually moving in the same direction down the same track. But sometimes it does not. Sometimes we write a scene—or a whole section, or even an entire draft—simply to clear our throat and spit out the mucous. Sometimes we write, in other words, not to create something workable but to shed ourselves of all that which is unworkable. What this means in practical terms is that we shouldn’t try to salvage everything; we should happily toss out some of our writing and move on, without pausing on the cliff and looking back longingly as our old cities collapse. Getting rid of our bad writing is progress, because it moves us closer to the good. 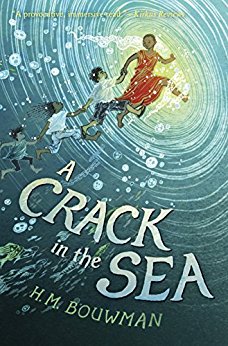 *fn: there’s actually even a little more to this story—I wrote the fourth and final version before I wrote the third version and had to be talked back into the fourth version—but that is a different post…a post about how we sometimes don’t even recognize the good when it is in front of us….

H.M. Bouwman lives and writes in St. Paul, MN where she teaches literature and creative writing at the University of St. Thomas and raises her two teenagers, who are so much taller than her that she hardly feels like she should be raising them any more. She is, at this writing, shivering, because it is 4 degrees below zero in St. Paul, and she hopes you are reading this post somewhere or sometime that is warmer. You can find her online at www.hmbouwman.com