Emily Whitman is in the house! We both had sand between our toes the first time we met, at a now-defunct writing retreat at Cannon Beach, Oregon. Then, that retreat was moved to Reed College and I sat in on the most miraculous session, facilitated by Marla Frazee. Marla had recruited writers to submit works for her illustrator strand of the retreat. Emily submitted a pirate manuscript that Jaime Temairik brought to life and the joint effort brought the house down. To this day, lo these many years later, I have not forgotten that story/art/moment. While Emily is quite the talented picture book author, today we are celebrating her new novel from Greenwillow/HarperCollins, The Turning. Learn more about her journey with that book below. And BONUS:  Emily has generously offered to give away and autographed copy of The Turning! To enter, click this Rafflecopter link. 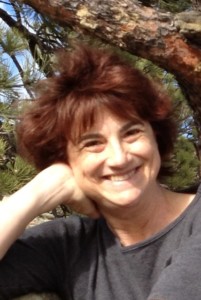 My middle-grade novel THE TURNING (Greenwillow Books/HarperCollins) came into the world this week, and Friend Friday is the perfect place to celebrate! Because while THE TURNING is full of ocean magic and folklore and adventure, friendship is at its heart.

Aran is a selkie boy living today in a place much like the Salish Sea. Selkies can transform from seal to human form—all of them, that is, except for Aran. He’s 11 and he still doesn’t have a seal pelt like everyone else in his clan. You can imagine the challenges that creates when you live on rocky crags at sea! Aran longs to be like the others. His search for a pelt leads to an orca attack, the mysterious Moon Day selkie rites—and then to Spindle Island, where he’s left with those frightening creatures: humans. Now he has to pretend he’s one of them. He’s never even seen a chair, a refrigerator, or a bathtub, let alone used one! Any moment he could mess up and be discovered. The world is fraught with danger.

Have you ever been in that situation—pretending you’re someone you’re not, in the desperate hope others will accept you?

I have. For me it was called middle school. And it was hell. Who I was didn’t work. I kept trying to figure out what I had to be to fit in. When you’re hiding from your true self, how do you connect?

It takes a friend.

Aran is swimming around the island when he spots Nellie perched on a cliff, the wind blowing back her hair. His preconceptions about humans warn him to flee, but something else pulls him closer. A connection sparks and grows as Aran and Nellie climb trees, explore coves and streams, and search forbidden books for clues to Aran’s fate. Aran starts to question the assumptions he was raised on. Maybe there’s more to humans and the world than he’d thought. Maybe there’s more to himself.

A friend can do that for you.

Like they did for me. A friend helped me start writing again when she asked me to join her poetry critique group. I learned that writing every day changes things, that revision can strengthen a work’s pulse, that writing isn’t a purely solitary endeavor. A friend invited me to my first SCBWI conference, launching the novel I’d never thought I’d write. Friends helped me keep my butt in the chair. They helped me believe in my voice and my story. Like Aran’s friend Nellie, they helped me become brave enough to open myself to what might be.

Other friendships shape Aran’s path, too. A sturdy little puffin chatters with Aran in birdtalk, and engineers his daring escape. Maggie, an ailing woman who gives Aran a home on the island, opens her long-closed heart. And Grandpa’s stories of selkies and Irish lore inspire Aran to action. Not one of them is just like Aran. And yet . . .

“You can’t live in a borrowed shell,” says Aran. Belonging doesn’t mean forcing yourself into the same shape as everyone else. Friendship makes us brave enough to live true. And with our true hearts, we connect. 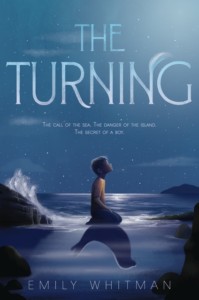 Emily Whitman is the author of two acclaimed books for teenagers; THE TURNING is her first novel for younger readers. In all her books, myth and magic are part of everyday life. She has worked in bookstores and behind library reference desks, and now she teaches writing workshops. Emily loves researching her books, whether by mining library treasures or learning to fly falcons. She lives with her family in Portland, Oregon. Come visit her website.