There are too many children’s authors I need to sit down and have a cup of coffee (or in this case, tea) with and talk books. Cheryl Blackford is one of them! I am heading out right now to get Lizzie and the Lost Baby! 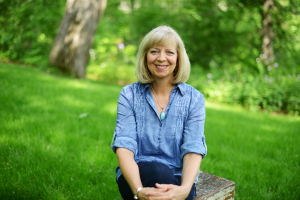 In his workshops, Donald Maas often asks writers to find one word that encapsulates their story. One word! At first it seems impossible, but it’s a great way to focus the emotional line of a story. As I wrote and rewrote Lizzie and the Lost Baby, one word stuck in my mind: abandonment. Lizzie is a World War II evacuee, sent with her younger brother Peter to live in Swainedale, a remote Yorkshire valley. 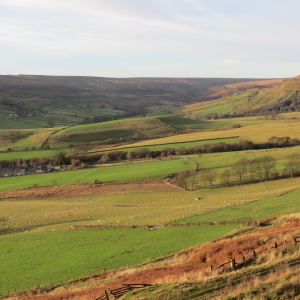 She feels her parents have abandoned her, even though she knows the government mandated the evacuation. Lizzie finds a seemingly abandoned baby in field on her first day in her new home. Why was the baby abandoned? Who abandoned her? What can Lizzie do about it? The emotion line of Lizzie’s story is entwined in the answers to those questions. When she discovers the truth about the baby, she must find the courage to do the right thing in the face of intense opposition.

“Prejudice” is another thematic word for Lizzie and the Lost Baby. Lizzie befriends Elijah, a Gypsy Traveler boy camped in Swainedale with his family, but the local people are hostile to the Gypsies and the Gypsies are prejudiced against the “gorgios” (the settled people). Hostility and prejudice make Lizzie’s mission to do the right thing almost impossible.

Hitler imprisoned and murdered tens of thousands of Roma in a genocidal effort to exterminate them as a people. European governments today pass discriminatory laws that make the traveling life more difficult. In England the traditional work and stopping places of the traveling people have mostly disappeared but the Gypsy culture is still strong, especially in relation to their horses and vardoes (wagons). 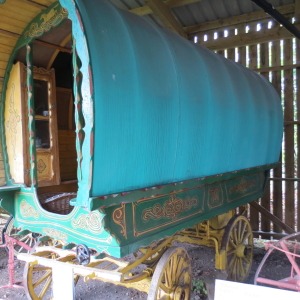 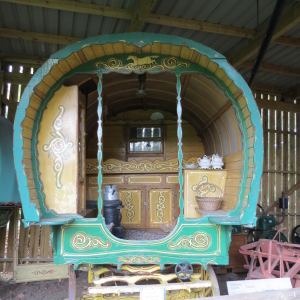 You can see them at traditional fairs like the one held every year in Appleby, Cumbria. Sadly we have shamefully few stories with Gypsy children as characters, but Elijah sneaked into my head and I’m glad he did. I owe a debt of thanks to Maggie Smith Bendell (author of Rabbit Stew and a Penny or Two: A Gypsy Family’s Hard Times And Happy Times on the Road in the 1950s) for helping me make my descriptions of Elijah and his people accurate. 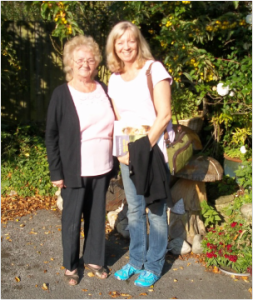 Lizzie and the Lost Baby is set in Swainedale, a fictional Yorkshire valley that is based on Rosedale, a valley I love. I’ve spent many wonderful happy hours trudging through the muck in Rosedale on a hike to the dale head or up to Ana Cross, a lonely vantage point on Spaunton Moor that provides the model for a secret meeting place for Lizzie and Elijah. Yorkshire is also the setting of Lizzie’s favorite book,The Secret Garden by Frances Hodgson Burnett. It was one of my childhood favorites and the book gives Lizzie great comfort as she struggles with her predicament.

One last thing: when I write stories I always discover something unexpected. In Lizzie and the Lost Baby it was a piece of family history I didn’t previously know. At the beginning of World War II the British government sent about three million people, most of them children, from cities to live in the country where they would be safe from German bombs. When I began writing “Lizzie” I found out that my father and uncle were two of those evacuees. Dad was evacuated with his entire school and lived in the country, away from his parents, for four years. My mother wasn’t evacuated and suffered through the terrible bombing blitz the German air force inflicted upon the city of Hull. Discovering their history was a bonus!

Cheryl Blackford was born in Yorkshire, England but now lives in a house in the woods in Minnesota where she is entertained by a wide assortment of wildlife, including coyotes. LIZZIE AND THE LOST BABY is Cheryl’s first middle-grade novel. She has written three non-fiction books for young readers and her picture book HUNGRY COYOTE (inspired by a coyote she saw one winter morning) won the 2015 Moonbeam Award in the category of picture books for ages 4-8. Find her online here.