Boy, howdy, am I excited about today’s Friend Friday. About twelve million years ago, I wrote a fan letter to an author whose work I truly admired. And she wrote back! To steal a line from Casablanca, that was the beginning of a beautiful relationship. Just because I can now count Barbara O’Connor as a dear friend, doesn’t mean I am any less in awe of her as a writer. I tell you what: why she has not won a Newbery boggles my mind. She can do more in fewer words than any writer I can think of (though Linda Urban comes close). And her stories are peopled with characters who don’t have iPhones, “in” clothes or big allowances; characters I wish I’d been able to read about when I was a kid. I recently heard a lovely TedTalk given by Isabel Allende in which she said great characters are mavericks. Barbara writes — with love, admiration, humor and respect — about mavericks. You will find several of them in her newest novel, Wonderland (FSG/McMillan), just out this week! 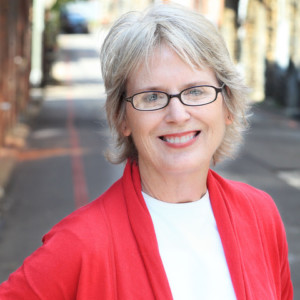 Back in my heyday, I was a hippie. I read R. Crumb comics. I devoured the Whole Earth Catalogue cover to cover. I lived my life according to tarot cards and the I Ching. I drove a 1965 Volkswagen van with a rusted-out floorboard. And I strongly believed in karma and psychic visions.

Those days are long behind me. I now drive a Volvo station wagon and read The New Yorker. I still believe in karma. But psychic visions? Not really. But I did have an interesting vision that resulted in my latest middle grade novel, Wonderland.

I start with a title. Always. Weird, huh?

Most of the time I have no idea what the story is about. I just have a title. But the title is the front door to my story. My creative jumping-off point.

After title comes character. Then setting. And last, story. (I know, I know!)

Add to that the unfortunate fact that I’m a pantser. I say “unfortunate” because I am the world’s most organized person who plans everything. My label maker and my many calendars and lists are among my most prized possessions. But I write by the seat of my pants, with no outline to guide me. While that process can sometimes (always?) be frustrating, at other times, it feels so gloriously mysterious and kind of hippie because I never know what vision might come to me.

About six years ago, I was working on a manuscript called Rose and Howard Go to Wonderland. But I hit a wall. A character in the story named Mr. Duffy simply would not speak to me. I tried and tried to force him to come to life but he was very stubborn and simply would not. So I did something I rarely do: I abandoned that manuscript and started a new one called Wish.

But a little voice inside me kept telling me not to leave the character of Howard behind in that abandoned manuscript. I loved him.

I followed my intuition and invited him into Wish.

That manuscript became a published book and I frequently hear from readers how much they love Howard.

When it came time to start another manuscript, I pulled out Rose and Howard Go to Wonderland and wondered if I could breathe life into it.

But I had a big problem.

How could I write Rose and Howard Go to Wonderland without Howard?

And then, a glorious and mysterious thing happened.

I had kind of a psychic vision! The character of Mavis Jeeter appeared to me, clear as day. Just sitting there on a bus stop bench with her mother.

And just like that, the story came to life and along with it, Mr. Duffy, that character from the previous manuscript who had so eluded me. Now I had Rose and Mavis Go to Wonderland. (Note: At some point later in the process, I did something else I rarely do. I changed the title. But I think Wonderland is better.)

So there you have it. I guess the lesson here is that old hippies and their psychic visions never die, even if they drive Volvo station wagons. 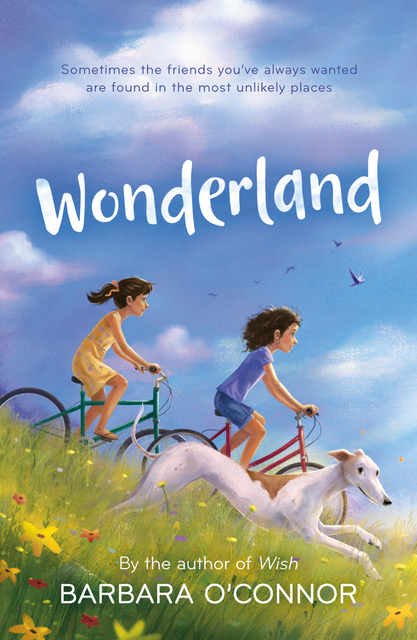 Barbara O’Connor is the author of award-winning novels for children, including Wish, How to Steal a Dog and The Fantastic Secret of Owen Jester. Drawing on her South Carolina roots, Barbara’s books are known for their strong Southern settings and quirky characters.

In addition to six Parents Choice Awards, Barbara’s distinctions include School Library Journal Best Books, Kirkus Best Books, Bank Street College Best Books, and ALA Notables. She has had books nominated for children’s choice awards in 38 states. Barbara is a popular visiting author at schools and a frequent speaker at conferences around the country. You can ;earn more about Barbara at her website .