I first met Michaela MacColl through her writing; I believe it was Always Emily. I have since had the pleasure of meeting her in person and while we talked historical fiction, I had no idea she had a family story that wanted telling. It is one thing to write about a family member who is male or is well-known; but women and girls did not generally make the headlines or the history books. Using family artifacts as her touchstones, Michaela recreated a possible story for the great-great-great grandmother that little is known about: in her newest novel, View From Pagoda Hill (Calkins Creek).

Pagoda Hill is the name of a farm in upstate New York. There’s a large barn there. Painted on the barn is a large mural of a pagoda in Shanghai. For over a century people have driven by and wondered why?

I know why.  Neenah, my great-great-great grandmother came to the United States as a child from Shanghai in 1878.  Her mother was a Chinese lady named Sun Foo-tai and her father, George was an American engineer from upstate New York.  We don’t know how they met or if they married, but they did have a child. For some reason, that child was sent to Baldwinsville, NY to her grandparents’ home. A few years later the pagoda appeared on the side of Neenah’s grandfather’s new red barn.

It’s an interesting story. I pitched it to Carolyn Yoder, my editor at Calkins Creek, as an unusual immigration story. She loved the idea. But I had no idea how difficult it would be turning family lore into a novel.  There were so many unanswerable questions. Neenah wasn’t a public figure – whatever I came up with would come from heirlooms and my imagination.

I started with my mom. She had objects that had been passed down for over a century. We have a beautiful and fragile doll that Neenah carried from Shanghai to New York.  Holding it, I had a sense of how terrifying that journey must have been for a little girl. 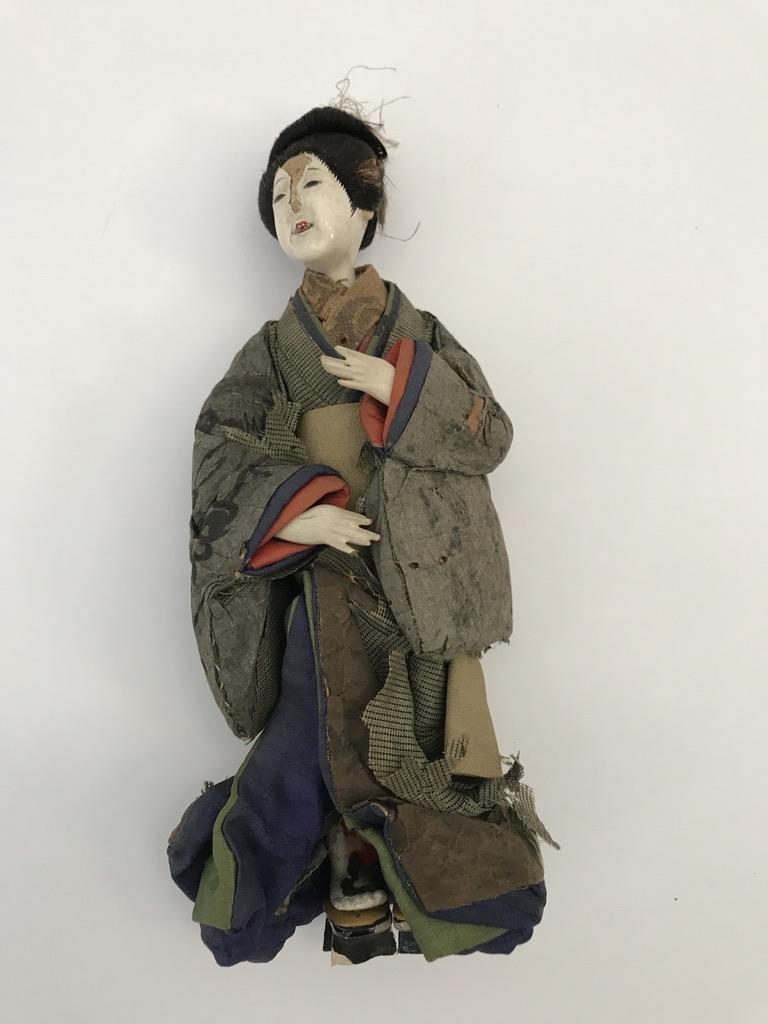 There’s a necklace made of gold and jade beads (both signifying good fortune) that was a gift from Sun to her daughter. Neenah is wearing it in every portrait we have. My mother wore it at her wedding and someday it will be mine.

And then there were the shoes. Tiny, handmade shoes with a heel.  We know from a formal portrait of Sun that her feet were bound. Her daughter’s were not.  I decided that this detail was the one that started my novel. A girl of mixed ancestry would already have a tough time in China at that time, but one with natural feet would be considered low-class, a peasant. This was the reason was sent to America to a father she did not know, never to see her mother again. 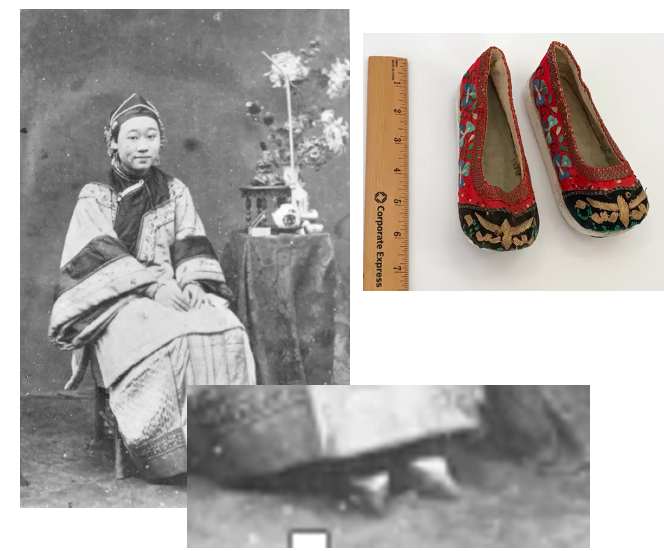 Pagoda Hill is about family – and the damage we can do to each other. But Neenah makes a new life and a new family for herself. If she hadn’t been brave and resilient – I might not be here to write her story! 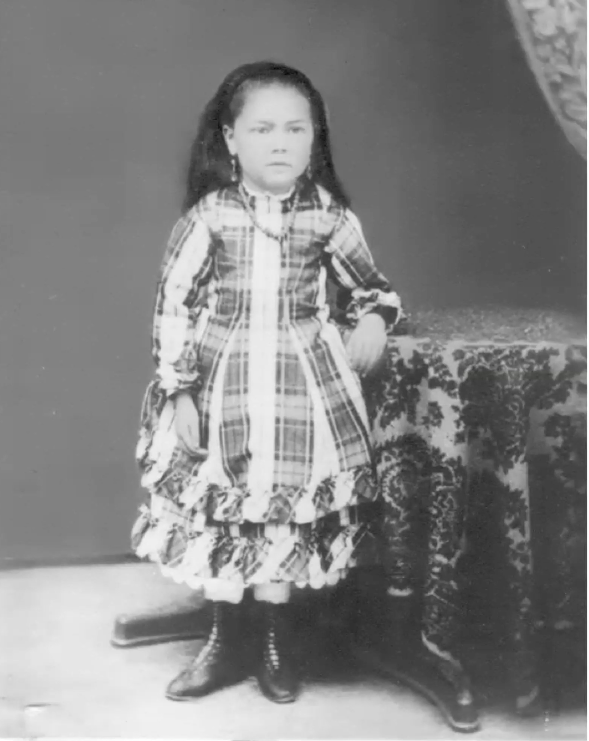 (Neenah at age 6. Notice the unbound feet and her necklace) 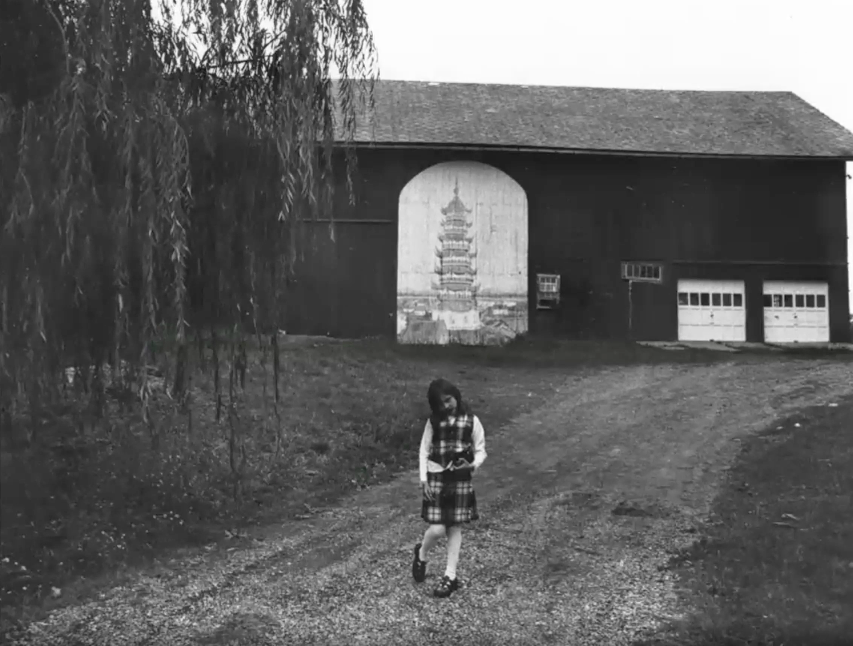 Michaela MacColl is the award-winning author of several historical novels, including The Revelation of Louisa May, Always Emily, and The Lost Ones. She is the co-author of Rory’s Promise and Freedom’s Price. She has degrees in multi-disciplinary history from Vassar College and Yale University. She lives with her family live in Connecticut with four large black cats. Visit her at michaelamaccoll.com.