Today’s guest is a friend by association: Janet McLaughlin is pals with my dear friend, Augusta Scattergood and when Augusta shared with me about Janet’s new book, I knew I wanted to host her here! Please join me in welcoming Janet, as she tells us about her Soul Sight mysteries, published by Absolute Love Publishing. 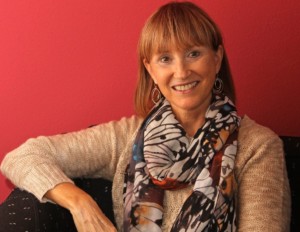 Thank you Kirby for the opportunity to share my thoughts, books, and—well—life with  your wonderful followers. We writers don’t always get a chance to talk about our craft, and when we do it’s like exhaling a breath we’ve been holding onto for a while. It’s a relief and a pleasure.

I started my writing career as a publisher/editor of small local magazines. As rewarding as that was, there seemed to be something missing. Twenty years later, I found what I was looking for—writing fiction. Not just any kind of fiction. Mysteries and the paranormal was what I really wanted to write. And it had to be for kids, not adults.  Because, not only are kids cool, but all the psychics (or intuitives as they prefer to be called) that I’d interviewed over the years had major issues dealing with their gifts when they were kids. They pretty much wanted them to go away. They just wanted to be normal. And so, the Zoey Christopher mystery series was born.

Zoey is a typical teenager with one exception—she often has visions. Sometimes visions from the past, and sometimes visions of disastrous events before they happen. As much as she’d like to ignore these visions, she feels obliged to do whatever she can to change things for the better. 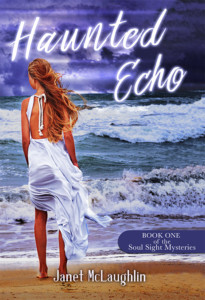 In Haunted Echo, the first book of the series, Zoey is on vacation on a Caribbean Island with her best friend, Becca, when she encounters a ghost—a former slave who lived in the mid 1800s. Tempe, the young slave-ghost, asks Zoey to help her. Zoey’s visions of past events help Tempe understand what happened to her and why she seems stuck in the earthly realm. I based this fictional story on some of the experiences of an intuitive friend that I’d interviewed. 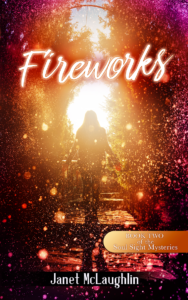 In Fireworks, the newly released second book of the series, Zoey’s visions tell her that her best friend is in trouble. But when she calls, Becca is fine. It isn’t until Becca disappears that Zoey realizes that she’s been kidnapped and it’s up to her to save Becca—with the help of Dan, the new guy who has the gift of seeing auras. Dan’s character is based on a young teen I’d interviewed who had this gift. He hated being different and tried his best to keep this a secret from his peers, making him somewhat of a loner. Dan would probably have suffered the same fate if he hadn’t met Zoey. Ah, yes. Young love prevails. I’m not sure I could write a novel that doesn’t have at least a hint of romance in it!

When I write I keep two objectives in mind. The first is to entertain. Kids today have too many outlets (i.e. social media) to give any book their attention unless they find it entertaining. I’ve found through school visits and feedback from my readers that ghosts and visions keep their interest. Secondly, if just one gifted child’s life is made easier because of my series, all the time and effort put into writing them would be more than rewarding.

Writing is a joy for me, as it is for my many writer friends, especially the ones in my critique group. I am so grateful for them and for the Society for Children’s Book Writers and Illustrators (SCBWI). If any aspiring writers of children’s literature is reading this blog, I can’t express strongly enough the benefits of joining this society and of finding a group of writers that you can share your work with. The rewards are in the sharing, not only with your readers, but with your writing peers. Best of luck to all of you.

Janet McLaughlin is the author of the Soul Sight Mysteries published by Absolute Love Publishing. She’s a mother of three and grandmother of six and loves to meet people and travel the world. Tennis and reading are two of her passions. She lives in Florida with her husband, Tom. You can learn more about her first book, Haunted Echo, here, and Fireworks here. Or visit her author page on Facebook.