If you follow Friend Friday, you know I usually use this feature to celebrate writers; for most of this month, however, I am celebrating readers. And 2016 will end with a bang: a 12/30 Friend Friday post by the inimitable Nikki Grimes!

One of the best things about writing for younger readers is that they let you know what they think of your books. Sometimes, kids are painfully honest: “I thought this book would be boring.”  But mostly it’s their positive connections with a story that compel them to write to the author.

I think about one young reader from Iowa who wrote, after reading Dash, “I was shocked to learn about Pearl Harbor and that Americans were forced to live in camps.” My friends, as I go around the country, I meet many children and adults who do now know about the war relocation “camps” of WWII. What happens if these events are truly forgotten? Are we doomed to repeat them, as the saying goes? 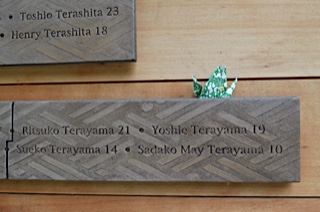 I think about the group of kindergartners (!) who were so engaged with Duke that they didn’t want Hobie’s story to end. So they wrote their own final chapter! A chapter full of mystery and emotions and actions. It seems to me that these little ones might better understand the nature of bravery and sacrifice after having spent time in the past. 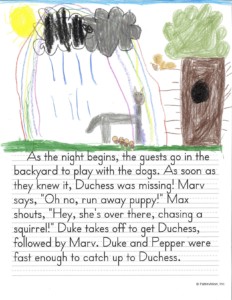 And I will never forget my 2009 visit with a group of students in Beirut to talk about Hattie Big Sky.  I spoke to them in the school’s auditorium, a space that also served as a bomb shelter. A place where, some years prior, their principal had kept 250 kids safe during a long weekend of fighting and shelling. Despite the fact that this book is as American as Cheez Whiz and Cheerios, these students related to Hattie and her experiences on the Montana prairie during WWI. One young man was deeply impressed by the prejudice against German immigrants; several communities even moved to Canada to escape the torment and discrimination. “Here we also hate people because of their families,” he told me. “And I don’t want to live like that anymore.” 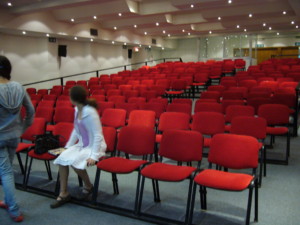 Waiting for students to arrive in the auditorium/bomb shelter

Neither do I. Which is why I will never stop writing historical fiction. No matter how tough the sell.