This is the second time Elana K. Arnold has been a Friend Friday guest; the first was for her book The Question of Miracles (HMH for Young Readers) and I dearly hope she will grace this blog many, many more times. 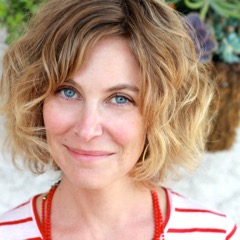 When I began writing Far from Fair (HMH Books for Young Readers), I imagined it as a road trip story about a family jammed together in a broken-down old RV. The family was going to travel across the country, visiting the parents’ parents and stepparents. It was going to be light, and funny, and without death. But like a road trip, novel writing sometimes takes turns one can’t anticipate. Partway into the first draft, I realized that when my characters got to Grandma Sissy’s house on Orcas Island, they were going to find a terminally ill woman, and they were all going to have to deal with questions about mortality and the right to die.

But looking back, it seems obvious that this would be where the book would head; in the midst of writing the book, I was driving with my dad to his weekly appointments at the City of Hope, a cancer hospital, and talking with him about the end of his life and how he hoped to face it.

So I accepted that I wasn’t writing a “funny” book anymore; I was writing a book about a family that’s coming apart at the seams, with an adolescent girl attempting to triage all the things in her life that aren’t fair. Actually, it turned out, there are funny moments mixed in with the not-funny stuff. Like, it’s terribly unfair to Odette that she has been reduced to sharing one family cell phone… and it’s one of those awful, cringe-worthy funny-not-funny things when her mother fumbles and drops that one phone into the ocean.

It was funny-not-funny when, seven years ago, my husband and I, like Odette’s parents, faced a layoff and a decision about our little family’s future, deciding, as did Odette’s parents, to move the four of us, plus our dog and ferret, out of our ranch-style home and into an RV, hitting the road for destinations unknown. And I couldn’t have known it then, but it was that adventure that got me writing again, for the first time since graduate school.

So what do a road trip, a terminal diagnosis, and a ferret (who traveled comfortably in a hammock suspended in the tiny shower), have in common? Of course, they are the stuff of Far from Fair. The beauty of novel writing is that it affords the opportunity to revisit the things that have been important to you, the stuff that confounds, terrifies, thrills, and paralyses.

A book is a gift that gives twice: first, to the writer, and then, later, to readers. Far from Fair was a space for me to sort out my own “it’s not fair” feelings; now, as it enters the world, I hope readers will hear their feelings and concerns validated in its pages. The stuff that confounds, terrifies, thrills, and paralyses grown-up writers is the same stuff that kids are living in the thick of. A book is a place where a writer can say to the reader—where one person can say to another person—“I see you. I hear you. Your thoughts and fears are valid. So are your dreams.” 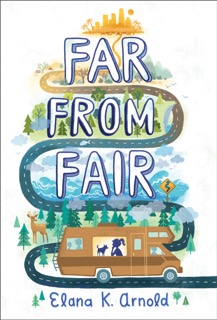 Elana K. Arnold writes books for and about children and teens. Some of her books have been included on the LA Public Library’s Best Books of the Year list, the Bank Street Best Book list, the YALSA “Best Fiction for Young Adults” list, and have been selected for inclusion in the Amelia Bloomer Project. Her middle grade titles are The Question of Miracles and Far from Fair.