I love history — especially about women and girls — and I love baseball so hosting Audrey Vernick today is like hitting a grand slam or being part of a triple play! I cannot wait for her to tell you about her newest book, The Kid From Diamond Street, (Clarion Books). 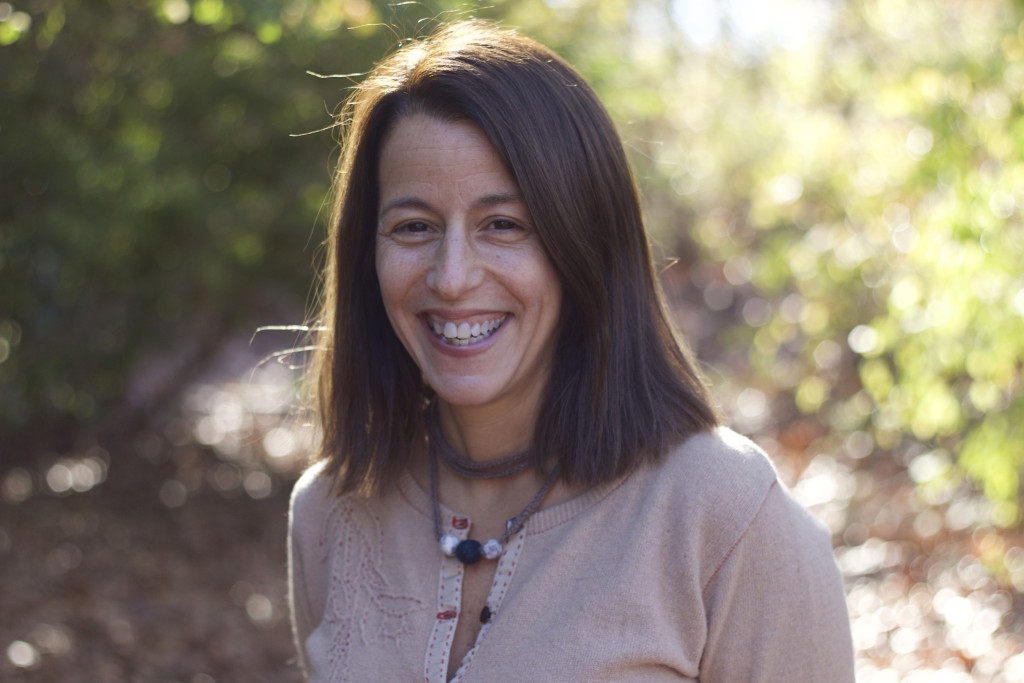 All Kinds of Truth: Researching for Fiction and Nonfiction

I was the kind of student whose primary objective was not working too hard. When life finally brought me past the finish line of assigned projects (so long, Archduke Ferdinand; see you later, planaria!), I learned something about myself. I like research. On my own terms.

I don’t write nonfiction because it’s a form I adore. I write it because I fell in love with stories that happened to be true. That’s how it happened with my latest book, about baseball phenom Edith Houghton. 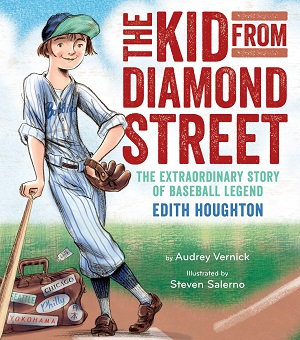 The biggest challenge in writing The Kid from Diamond Street was a lack of primary sources. I had one doozy of a source—an audio recording of a long interview with Edith herself, conducted by the director of research at the National Baseball Hall of Fame. But oh, how I longed to add in *MY* questions! Key among them: When you were thirteen years old in 1925, what, exactly, was your mother thinking when she said you could barnstorm across the country with your baseball team, the Philadelphia Bobbies, and then travel to Japan to play exhibition games?! But the interview was conducted when Edith was already in her eighties and she kept repeating, “I don’t remember,” and “You should have done this fifty years ago!” I had to accept there were some things I might not ever know.

I’m not a hardcore research geek (I don’t think), but oh, the joy I felt when I located the diary of Edith’s Bobbies teammate, Nettie Gans! She wrote about the team’s journey to Japan and included the kinds of details I’d been hoping for. From September 28, 1925 in White Fish, Montana: “In the evening we went to a barn dance. They danced ‘very odd.’ No doubt, Diary, they thought our steps were odd also when we did the Charleston and Collegiate.” That Nettie!

Nettie Gans Spangler gave a copy of her diary to the Hall of Fame’s research library and it was an invaluable source for me.

Research is such a fundamental part—the heart—of writing nonfiction. But it has crept into my fiction picture books too. In my April release, I Won a What?, illustrated by Robert Neubecker, a boy, trying to win a goldfish, wins a whale. 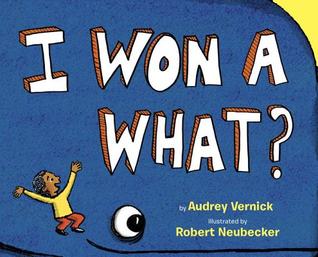 It was all fun and games in the writing until I came to that part. The boy (and from now on, I swear I will NAME MY FIRST-PERSON NARRATORS IN PICTURE BOOKS if for no other reason than to make it easier for reviewers. These fictional children deserve better than “Vernick’s unnamed narrator.”)

So there I was. The child won a whale. Now what? I had experience playing off an animal’s enormity in two books about a buffalo in kindergarten and learning to play drums. What else could I do?

A little research, it turns out. Not real, intense research—no primary sources required—just straight up Google research. Whales and humans.

It was interesting. People who’d been on whale-watching expeditions talked about how they went to see whales. But when they spotted whales, the people felt the whales were as interested in them as they were in the whales. There was something about that—a connection based primarily on looking, on observation, that spoke to me. And that is at the core of the friendship between Vernick’s unnamed narrator and Nuncio, the enormous blue whale.

I always tell kids to take that extra step—the one minute it requires—to find out more about the things they’re curious about. It’s that spark of interest in an idea or concept that has led me to almost all my books.

Audrey Vernick writes nonfiction and humorous fiction picture books and middle-grade fiction. She has four 2016 releases: The Kid from Diamond Street: The Extraordinary Story of Baseball Legend Edith Houghton, illustrated by Steven Salerno; I Won A What?, illustrated by Robert Neubecker; Unlike Other Monsters, illustrated by Colin Jack; and Two Naomis, written with Olugbemisola Rhuday-Perkovich. A frequent presenter at schools, libraries and conferences, Audrey lives near the ocean with her family. You can visit her at www.audreyvernick.com.